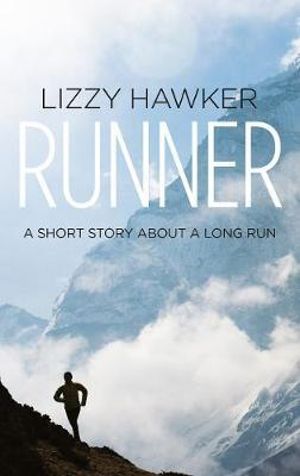 Scared witless and surrounded by a sea of people, Lizzy Hawker stands in the church square at the centre of Chamonix on a late August evening, waiting for the start of the Ultra Trail du Mont Blanc. The mountains towering over the pack of runners promise a grueling 8,600 metres of ascent and descent over 158 kilometres of challenging terrain that will test the feet, legs, heart and mind. These nervous moments before the race signal not just the beginning of nearly twenty-seven hours of effort that saw Lizzy finish as first woman, but the start of the career of one of Britain's most successful endurance athletes. She went on to become the 100km Women's World Champion, win the Ultra Trail du Mont Blanc an unprecedented five times, hold the world record for 24 hours road running and become the first woman to stand on the overall winners' podium at Spartathlon. An innate endurance and natural affinity with the mountains has led Lizzy to push herself to the absolute limits, including a staggering 320 kilometre run through the Himalayas, from Everest Base Camp to Kathmandu in Nepal. Lizzy's remarkable spirit was recognised in 2013 when she was a National Geographic Adventurer of the Year. These ultimate challenges ask not just what the feet and legs can do, but question the inner thoughts and contemplations of a runner. Runner tells Lizzy's story and in so doing, uncovers the journey of the physical, mental and emotional challenges that runners go through at the edge of human endurance. From the school girl running the streets of London to breaking records on the world's mountains and toughest races, Lizzy Hawker is an inspiration to anyone who would like to see how far they can go, running or not.